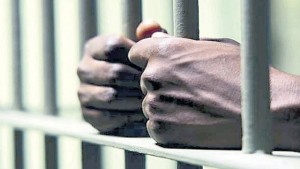 The teenagers were brought to the court under heavy police security as more than 100 people flocked into the yard to get a glimpse of them.The media were locked out of the building and the courtroom was emptied with the exception of the attorneys and the prosecution involved in the case.

The five, whose names were not disclosed, were not required to enter a plea to the charge when it was read out by Chief Magistrate Ann McLennan. One of the accused, a 15-year-old girl, was charged as a juvenile while the others were charged as adults.

Police said the body of Mars, 75, the Guyana-born American professor was found by his wife bound and gagged in his study at about 7.00 pm on Thursday

The five accused are due to re-appear in court on June 14.