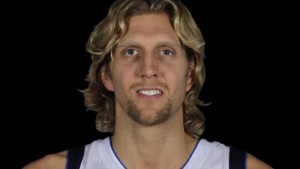 “It’s more than fair,” Nowitzki said after his first game against Porzingis. “He’s probably way ahead of the curve. When I was 20, I was scared to death out there. … He’s almost averaging a double-double, so he’s way better than I was at 20. So the comparison’s probably unfair to me.”

Porzingis, 20, has been compared to Nowitzki often in his rookie season. Both Europeans are tall, perimeter-oriented players.

In his first matchup with Nowitzki, Porzingis had a game-high 28 points on 13-for-18 shooting in the Knicks’ 104-97 loss to Dallas. Porzingis scored 12 of his 28 in the fourth quarter to help the Knicks cut a 23-point deficit to four points, but New York’s comeback ultimately fell short.

“He’s for real,” Nowitzki said after scoring a team-high 25 points for the Mavericks (13-9). “We’ve said it before. He’s tougher than you think. He’s long. He’s athletic. He can put the ball on the floor. … The sky’s the limit for this kid, not only because he’s good but also because I heard he lives and breathes basketball. He stays in the gym, he works hard and doesn’t let all this hype here get to his head. You’ve to root for him.”

In the days leading up to Monday’s game, Porzingis credited Nowitzki with creating a path to the NBA for European players. The rookie appreciated the kind words from one of the players he looked up to while growing up in Latvia.

“Obviously, he’s showing some respect to me. That shows me that maybe I have the potential to one day be as great as he is,” Porzingis said. “I’ve got to keep working, and hopefully, I can be as good as he thinks I can be.”

Porzingis is averaging 14.6 points and 8.9 rebounds per game for New York (10-12). A little over two months into his rookie season, the 7-foot-3 forward from Latvia has become one of the most popular athletes in the city. It’s a night-and-day change from draft night, when Porzingis was booed by a loud contingent of disappointed Knicks fans.

“Porzingis is a special player, and the city of New York has Phil Jackson to thank for that one,” Carlisle said. “There were others that didn’t have the balls to pull the trigger on that one, and he’s a great young player who’s got a chance to be truly special.”