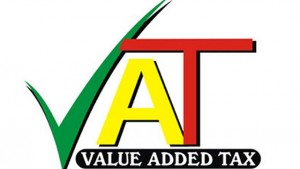 From the beginning of next month, Bahamians will be paying significantly more in Value Added Tax (VAT). It will increase from 7.5 per cent to 12 per cent.

The increase comes three and a half years after VAT was introduced.

Minister of Finance Peter Turnquest explained that the measure, projected to bring in another US$1.1 billion in revenue in the next fiscal year, is aimed at trying to close the fiscal gap and avoid a crisis.

“Our government fully appreciates the sacrifice that the substantial increases in the VAT rate and other taxes will represent for our citizens,” he said in making the announcement in the House of Assembly.

“But, as I have repeatedly said on record, this government was elected to do what is right for the welfare of the country and not to do what is politically expedient or politically popular…We could have kicked the can down the road and borrowed some more, delaying the inevitable day of reckoning. By playing this game we would have only made a bad situation worse.”

But Turnquest has indicated that the government “remains open to all viable” alternatives to a 12 per cent VAT.