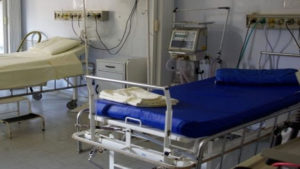 September is turning out to be the deadliest month for covid-related deaths and cases, with eight people dying so far, after testing positive for the coronavirus.

On Monday night, the hospital’s director announced the death of three elderly women who died while being treated at the Sir Lester Bird Medical Centre.

The news came hours after he announced the death of a 25-year-old woman who had contracted the virus and died at 1.30 pm on Monday.

Medical Director at the hospital, Dr. Albert Duncan, confirmed that of the elderly women, the first woman, age 97, passed away at 1.30 pm, five minutes after the 25-year-old female patient.

All the patients tested positive for Covid-19. Their deaths will push the total recorded covid-related deaths to 52.

Prior to their deaths, on September 2, a 60-year-old-male died at the hospital while a 64-year-old male died in Barbuda on his way to the hospital.

At the end of August 2021 there were only 349 active covid cases, indicating that cases have more than doubled over the 12 days that data was collected so far this month.